Heroism Wiki
Register
Don't have an account?
Sign In
Advertisement
in: Articles under construction, Weapons, Heroic Tools and Other Items,
and 5 more

To help Carapace save Paris from super villains.

Weapon
The Turtle Miraculous is a magical jewel wielded by the superhero Carapace and an item featured in the animated series Miraculous: Tales of Ladybug & Cat Noir.

The Turtle Miraculous is a bracelet that, whenever Wayzzinhabits it, transforms the wearer into a turtle-themed superhero with the power of Protection.

In general, the bracelet appears to be five triangular carvings remain white and shaped a like a turtle, with a black string tied through holes in the turtle's head and tail to make a loop. When akumatized in "Mayura", it takes on a reddish color.

When the bracelet is in the camouflaged version of Master Fu, it's completely green and has six triangular carvings.

The Turtle Miraculous is connected to the kwami Wayzz and has been worn by many for years. Whenever Wayzz goes inside, it transforms the holder into a turtle-themed superhero.

The jewel used to be owned by Wang Fu before lose his memories and currently Marinette Dupain-Cheng after she become Guardian of the Miraculouses.

The Turtle Miraculous grants its wielder incredible powers of superhuman speed, endurance, and strength. However, it hasn't displayed the ability to allow its wearer to reach great heights as other Miraculouses allow (such as Ladybug with her yo-yo, or Rena Rouge with her superior agility).

Its special weapon is a shield and its special superpower is Shell-ter, which allows the wielder to generate a massive, spherical green force field. As long as the superpower isn't used, the wielder can remain transformed indefinitely. 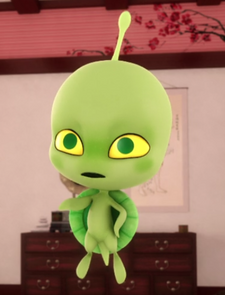 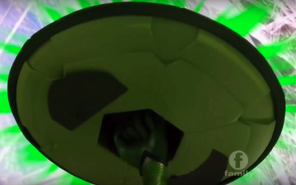