Heroism Wiki
Register
Don't have an account?
Sign In
Advertisement
in: Weapons, Heroic Tools and Other Items, Good-Hands Tools,
and 4 more

To help Viperion save Paris from super villains.

Weapon, Good Magic
The Snake Miraculous is a magical jewel wielded by the superhero Viperion and an item featured in the animated series Miraculous: Tales of Ladybug & Cat Noir.

The Snake Miraculous is connected to the kwami Sass and has been worn by many for years. Whenever Sass goes inside, it transforms the holder into a snake-themed superhero. Its special weapon is a Lyre. Its special superpower is called Second Chance, allows the holder to allow the user to mark a point in time by sliding the snake on the Miraculous and return to it. The first thing the user must do is mark their position and then, they just activate the power to travel back to the exact moment they marked before. The user's memory remains unchange, allowing them to correct anything mistake that may have happened before going back in time. 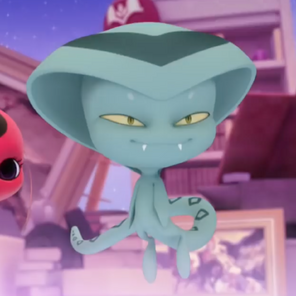 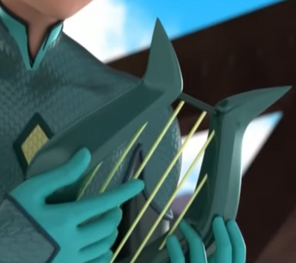