To help King Monkey save Paris from super villains.

Weapon, Good Magic
The Monkey Miraculous is a magical jewel wielded by the superhero King Monkey and an item featured in the animated series Miraculous: Tales of Ladybug & Cat Noir.

The Monkey Miraculous is connected to the kwami Xuppu and has been worn by many for years. Whenever Xuppu goes inside, it transforms the holder into a monkey-themed superhero. Its special weapon is a Ruyi Jingu Bang, which can be utilized a weapon. Its special superpower is called Uproar, enables the holder to creates an item that upon contact, causes the target's powers to malfunction for a short period of time. 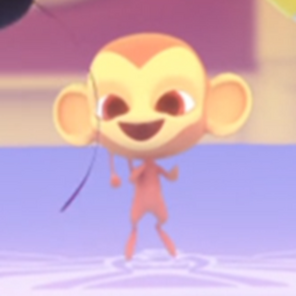 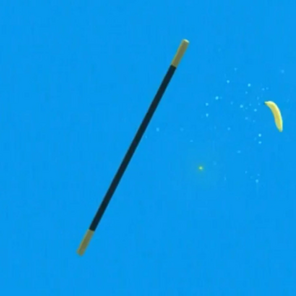 Ruyi Jingu Bang
Add a photo to this gallery
Retrieved from "https://heroism.fandom.com/wiki/Monkey_Miraculous?oldid=73176"
Community content is available under CC-BY-SA unless otherwise noted.