Heroic Stare is the opposite of the Evil Stare and Heroic Grin. Here, heroes are also known for making fearless stares ad daring stares: this is the Heroic Stare. They usually made these kinds of stares mainly whenever they are angry or facing their enemies in the battles. 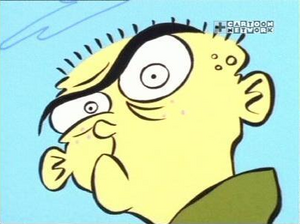 The Were-Rabbit growling at Victor Quartermaine. 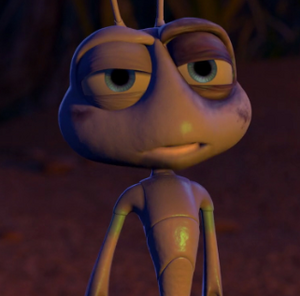 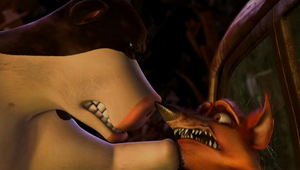 Timon glaring at the Hyenas.

Louis fearlessly pointing the dagger towards Gutt to save Peaches.

Dory glares at the crab when he rudely refuses to tell her and Nemo where Marlin went.

Verne glares at RJ as both are about to plummet several meters from the sky.

Charizard's Heroic Stare.
Add a photo to this gallery
Retrieved from "https://heroism.fandom.com/wiki/Heroic_Stare?oldid=63816"
Community content is available under CC-BY-SA unless otherwise noted.