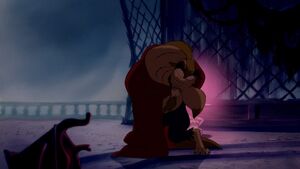 Beast feels guilty for scaring away Bell from the castle after he finds her in his Castle's West Wing near the Enchanted Rose. 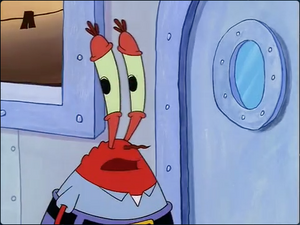 Patrick, Sandy and Mr Krabs (except for Squidward, who does not care) feel guilty when they read SpongeBob's letter that he left Bikini Bottom, due to their harsh berating to him, as well as calling him "Idiot boy".

Zoc feels guilty for banishing Lucas Nickle and hurting his feelings as Hova snaps at him to test their relationships.
Triton's Reaction of his actions.JPG
King Triton beginning to feel guilty for his drastic actions towards Ariel by destroying her grotto, her human treasures, and the statue of Prince Eric. 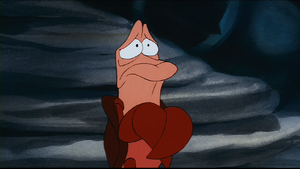 Sebastian feels guilty for spilling the beans to King Triton about Ariel rescuing Eric which lead to an tense argument between King Triton and Ariel in her grotto, resulting the former to destroy Ariel's human treasures.

Steven Universe feeling guilty for entering Homeworld and letting the Gems get poofed.

Bagheera feels gulity for Mowgli's failed test, which he caused. 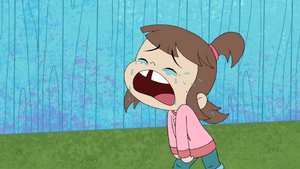 Audrey cries overcome with guilt admiting she was the terrible Cuddleature owner.

Shero feeling sad and guilty for endangered his son Taco, who participated in a bank robbery to get a money and as a result of this action Taco almost died saving his father. 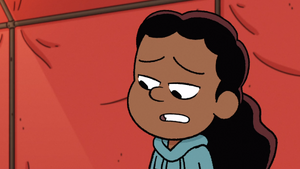 Frida feels gulity and realizes her mistake befriending with Kelly.

Alex, Marty Gloria and Melman feeling guilty for lying to the circus animals when their cover is blown.

Dimitri feeling guilty for hurting his relationship with Anastasia after seeing that Anastasia has finally reunited with her grandmother out the window. 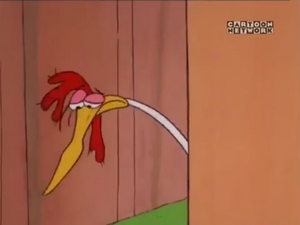 Chicken feeling guilty for playing a comet prank during a field trip to an observatory, causing the entire city to think that the comet is real. 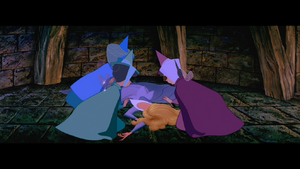 Flora, Fauna and Merryweather feel guilty for leaving Princess Aurora alone in her room allowing Maleficent to trick her to prick her finger on a spindle of a spinning wheel.

Tarzan feels guilty for leading Clayton to the gorillas' nests thus allowing him to be able to capture them all.

Kerchak feels guilty and sorry for his adoptive son Tarzan, after he disowned him for disobeying the order to not to get close to the humans. 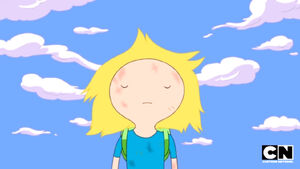 Finn feels guilty for trying to listen his way, who causes so much disaster.

Twilight Sparkle felt guilty for being yelled at by Flurry Heart.

Tempest Shadow felt guilty for bringing Twilight Sparkle to the Storm King who stole princesses magic and took over Equestria, before Tempest became remorseful and befriends with Twilight afterward.

Blu felt guilty for hurting Jewel's feelings and them Nigel kidnaps her.

Wreck-It Ralph feels guilty for causing his game to be placed "out of order".

Ralph feels guilty for even worse Vanellope throws away his medal for putting a virus on the game.

Simba feeling guilty for his father's death which he blames himself for, although it was Scar who kill him.

Peaches sobbing in regret and heartbreak after her father is carried away by a landmass since the last thing she said to him was disown him.

James Gordon feeling guilty for lying to the people of Gotham City about Batman and Harvey Dent; Dent committed so many murders which Batman is taking the blame, despite saving Gordon’s son from Dent.

Mushu beginning to feel guilty for he tried to ruin Mulan's and Shang's relationship to save his career.

Grinch not only apologized to the people of Whoville, but apologized to Cindy Lou for ruining her Christmas including being mean to her

Lenny feeling guilty that his brother Frankie is killed by an anchor.

Zuko starting to feel guilty for betraying his uncle and committing so many crimes.

Severus Snape feeling guilty for causing Lily Potter, the woman he loved, to be killed by Lord Voldemort.

The Springfield Police feel guilty for arresting Krusty the Clown after seeing Bart exposing Sideshow Bob's true colors and him framing Krusty for the robbery at Kwik-E-Mart on TV.

The Underdogs feeling To Amadeo To Walk To Save at Laura In The Masión The Flash.

Rapunzel starts to feel guilty after she refused to help Varian 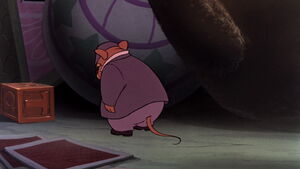 David Q. Dawson feels guilty for failing to protect Olivia who was kidnapped by Fidget the bat. 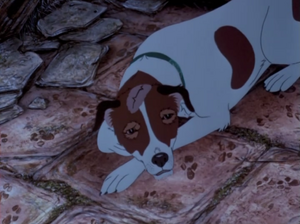 Snitter feeling guilty as he blames himself for accidentally killing a farmer. 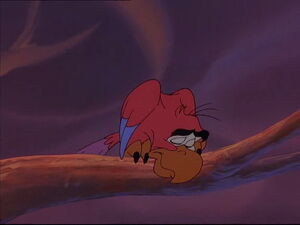 Iago feels guilty when Jafar's plan to kidnapping the Sultan and trying to have a trap to Aladdin has been succeeded.

E.B. feeling guilty for selfishly leaving Fred to go perform, only for Fred to get kidnapped and taken to Easter Island.

Edd feels guilty after he was too tough with Eddy and arguing with him for his last scam.

Scamp feels guilty for leaving his father Tramp and running away from home to be a wild dog after Buster betrays him. 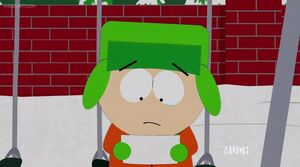 Sulley feels guilty worse when he tampered with the machine's difficulty to the easiest setting that Oozma Kappa only won the final round of the Scare Games.

Homer and Marge feeling guilty and blaming themself for punishing Bart that he running away from home and never return after he ruined Thanksgiving.

Jock and Trusty feeling guilty for hating Tramp too far after he killed the rat for saving the baby but he got taken away by the Dogcatcher.

Timon feels guilty after he want to stay alone with Hakuna Matata, leaving his friends Simba and Pumbaa.

Tom feeling guilty and full of remorse for kicking Jerry out of the house to the point where he is close to dying of hypothermia. 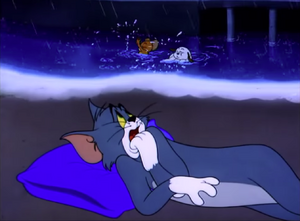 Tom feeling guilty for kicking Jerry and the puppy out of the house as he imagines them being washed away by the thunderstorm's flood water at the river, much to the point of dying. 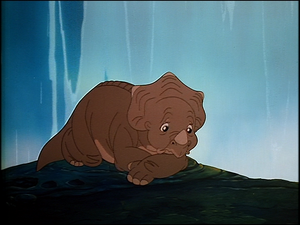 Cera felt remorse for being mean to Littlefoot, as she got in a fight with him, when she insulted his mother, went the wrong way and almost got her friends killed.

Elsa feeling guilty and blaming herself for causing the deaths of her and Anna's parents.

Donald Duck feels guilty after he destroyed his new car.

Roger and Anita feeling guilty for leaving the 15 puppies unprotected after they went out for a walk to the park talking Pongo and Perdita with them allowing Jasper and Horace to steal them and locking Nanny in the cupboard. 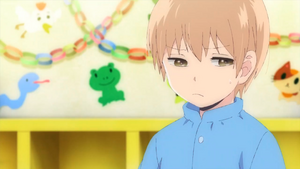 Mugi feels guilty a little bit after he break up the "band" with Noriko and made her cry. 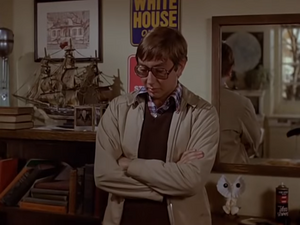 Arthur Honeycutt feeling guilty as he blames himself for letting Billy Ray down and ruining their plan to save Madame Kura's life from Mr. Firat and showing the evidence to Chief Talasek.

Elmer Fudd the Viking full of remorse for killed Bugs Bunny that in reality is still alive.

Optimus Prime feels sad and guilty after he was brainwashed by Quintessa to steal Merlin's staff and doomed the Earth as Nemesis Prime. 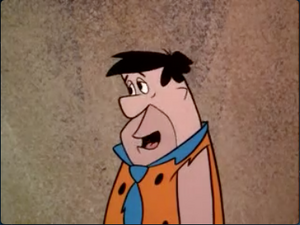 Fred Flintstone feeling guilty and remorse about scolding at Barney and Betty Rubble for playing with his daughter Pebbles.

Don Lino feels remorse and redeems himself after Oscar confesses the truth that was an anchor to killing Frankie and Lenny that running away want to be a friend of fish not like food.

Lisa Simpson feels remorse for an attempt to prove that Bart Simpson is less intelligent than a hamster after her brother wins his science fair project. 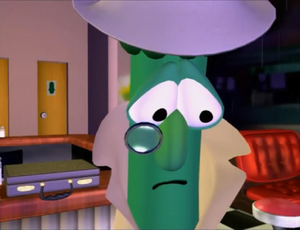 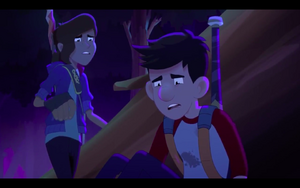 Jack Sullivan feels guilty for helping and befriending Thrull.
Add a photo to this gallery 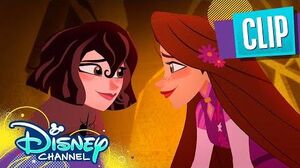 Cass and Rapunzel Make Up 😂 Rapunzel's Tangled Adventures Disney Channel
Cassandra redeems herself.
Add a photo to this gallery
Retrieved from "https://heroism.fandom.com/wiki/Guilt_and_Remorse/Gallery?oldid=122975"
Community content is available under CC-BY-SA unless otherwise noted.