Some of the fictional heroes or heroines lose their jobs.

In fiction, some heroes are portrayed having a job like regular people who have normal social lives outside of their job. There are times however, things doesn't gone smoothly during their jobs, either due to arguments with his/her bosses, being framed by rival/enemy, betrayal that done on purpose or accidental, or other misfortunes that resulting him/her being fired from their jobs.

Depend on the story's plot, the moment when he/she being fired would vary, ranging from mistake that done by him/her, frame-ups, or worse, part of conspiration that done by antagonists, either due to rivalries or the hero deemed to be endangered their plan due to risk of them uncover the truth or they may get their old jobs back.

Of course, there's a fix for it: Shortly before or after the story begins, the protagonist loses his comfortable ordinary job. This provides him with both a strong motivation to find a new source of income and a lot of free time to engage in more adventurous activities.

It provides drama and possible story hooks while removing possible limitations on the plot.

The downside is, as one can say, "how is it that your hero is still living in that gorgeous penthouse apartment two months later?".

Mr. Bean using a video camera in a shoot of a war movie, leads him to get fired by the director. 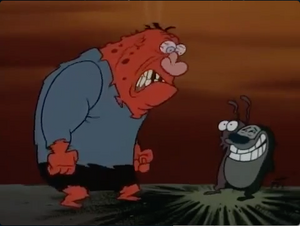 Ren Höek loses his job after Stimpy (who is conjoined to him) pulled the lever and drops the nuclear canister on the ground which causes a nuclear explosion. 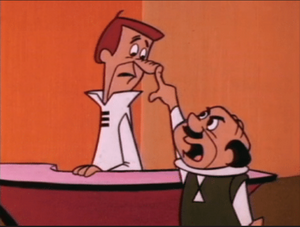 George Jetson gets fired from his boss Mr. Spacely sometimes after a misunderstanding or whenever he makes a mistake.

Inspector Gadget gets fired by Chief Quimby for ruining the science convention and failing to stop Claw. 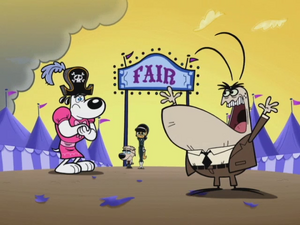 Dudley Puppy getting fired by the Chief for sabotaging the Country Fair while being hypnotized by Verminious Snaptrap. 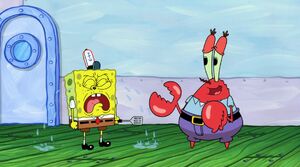 SpongeBob got fired from his boss Mr. Krabs at the Krusty Krab. 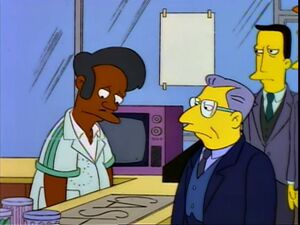 Apu gets fired from the Kwik-E Mart for selling expired and spoiled meat to the customers including his friend, Homer Simpson. 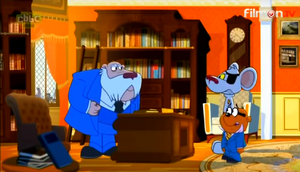 Danger Mouse getting fired by Colonel K for destroying London 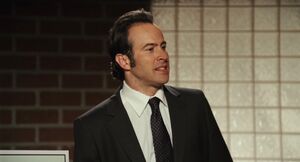 Dave Seville gets dismissed from his other job while showing a project as the chipmunks ruin his presentation boards by colouring on it. 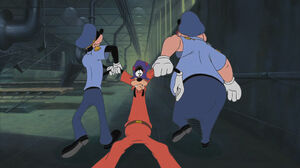 Goofy loses his job for goofing off and causing an accident at the toy factory.

Peter Parker gets fired from his boss, Mr. Aziz for being late and failing to deliver the pizzas on time due to his Spider-Man duties, along with ripping off the Joe's Pizza sticker off his helmet, enforcing the fact.
MJ lost her job.jpg
Mary Jane Watson gets fired, because of bad views for her play and was replaced by a different actress named Andrea Rubin.
SpongeBob Fired from Pizza Piehole.png
Spongebob Squarepants fired from Pizza Piehole for making a Pizza Patty.
SpongeBob Fired from Taco Sombrero.png
Spongebob fired from Taco Sombrero for making a messy Burrito Patty. 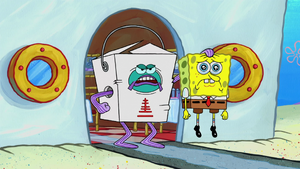 Spongebob getting fired from the Wet Noodle for making a Noodle Patty.

Osmosis jones and drix are fried
Osmosis Jones and Drix being fired from the police after setting off the pill to pop a pimple. 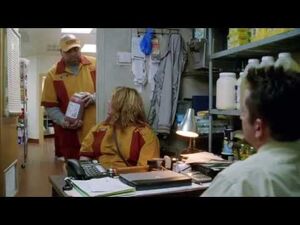