Many works of fiction and media

To describe on such scenario where a fateful moment come for the villains to meet or confront the heroes whom they opposed and even than often the heroes has not expected the villains' arrival until meeting one another.

Max Engel standing up to Krampus and his demonic Helpers.GIVE ME BACK MY FAMILY!

In any story, there comes a time when the hero/heroine is Facing the Enemy, whether it is standing up for those he/she loves or saving a nation. There are many ways the ages-old Good vs. Evil trope can be represented:

Usually this happens when the hero stands up against the villain, no matter the evildoer is a criminal, a monster, or an invading army. Sometimes the hero can face who he or she initially thinks is an enemy, but he or she realizes he is not. For example, John Smith prepares to shoot Pocahontas but when he realizes she is kind, he puts down his gun.

You should be ashamed of yourself, Ken. You're the kind of bully who gives bullies a bad name!Cody Hida standing up to the Digimon Emperor.

Because I'm in love with her!Scott Pilgrim as he begins to fight Gideon Graves.

First Vegeta! Then Piccolo! And now, my best friend Krillin! You don't care, I can see that! Their lives mean absolutely nothing to you! You're not in the least bit sorry! Even now, all you can think about is how to destroy me!Goku facing Frieza after Goku transformed into a Super Saiyan in order to avenge Krillin's death.

Silly Robot. Do you really think you have a chance against a Super Saiyan like me? Your brain must be malfunctioning. Fresh out of the factory with no warranty and already broken. What a pity.Vegeta as he battles Android 19 after he transformed into a Super Saiyan.

He's gonna destroy everything! I shoulda made out my will! I'm too good-looking to go! I want my mommy! There must be a solution! We won't give up! We're stronger than he is. We're a team. It's destiny. After all.... We're the Digi-Destined!Tai, Matt, Sora, Izzy, Mimi, Joe, TK and Kari before they can destroy Apocalymon.

Omega, I'm holding the energy of every being on Earth who's suffered at the hands of evil doers like you!Goku facing Omega Shenron as he gathers energy to form his Universal Spirit Bomb in a final effort to destroy him.

I can never forgive you for what you've done.Gohan facing Cell after Gohan transformed into a Super Saiyan 2.

Alright, we'll play by your rules then, but don't be surprised if you find we're not as weak as you think.Goku facing General Rilldo before Goku begins to battle Rilldo.

Sorry about all that. I'm surprised as well. Suprised at how strong I've become. (Baby Vegeta: Ah! What do you mean?) Your punches only tickled, like a tiny feather.Goku facing Baby Vegeta after Goku transformed into a Super Saiyan 4 while becoming a giant golden Oozaru.

I know we're both under a lot of pressure, but lets try to keep our heads on our shoulders.Goku facing Kid Buu after transforming into a Super Saiyan 3.

You're no warrior! You're just a mindless freak of nature! A big wad of spit out chewing gum!Vegeta facing Kid Buu after he transforms into a Super Saiyan 2.

Goku facing King Piccolo in battle before Goku flies through King Piccolo and King Piccolo explodes and dies.There's no way I'd ever wanna be anything like you.

Go ahead 17! Do it! Why not!? Destroy the one person that actually cares about you! I don't respect you anymore anyway! Weak minded fool! You can't even make your own decisions. Some doctor has to tell you what to do. What a buffoon you've turned out to be!Android 18 facing Super Android 17 along with Goku to avenge her husband's death.

No. But feel free if you're tired. It looks like... It looks like your antennae are drooping.Goku facing Demon Junior a.k.a. Piccolo before Goku knocks Piccolo out and wins later on.

No, you die alone. Goku won't be gone for long. I'm guessing his friends will see to it he's back within the week.Piccolo facing Raditz after he kills him and Goku with his special beam cannon.

Don't fool youself dragon. Nobody controls my destiny but me!Vegeta facing Omega Shenron while Vegeta is still a Super Saiyan 4.

Gotenks facing Super Buu after Gotenks transformed into a Super Saiyan 3 while Super Buu turned his friends and family into chocolate and gobbled them up.You just keep on talking while I smack you around.

Kit Cosmos before facing off against Tornadon.Bring it on.

So, we meet again. But this time will be different. This time, only one of us will survive.Meta Knight facing off against WolfWrath.

You're a lot stronger than me, that's for sure. But you've got a bucket of bolts for a brain. Get ready to rock!Knuckle Joe facing Masher 2.0.

I'm taking charge here and you're taking a hike!Tiff facing off against Dirk, Kirk, and Smirk.

Well, Knuckles, your wish came true. But now I have unfinished business. Take this, Eggman.Sonic before destroying the Eggsterminator after having transformed into Super Sonic.

Is that the best you can do?Sonic before defeating Perfect Chaos.

I'm not afraid of your old gas gun!Gosalyn Mallard standing up to Darkwarrior Duck.

And this time, we're ready for your sinister suds!Darkwing Duck and Launchpad McQuack facing Ammonia Pine.

(Hook: So, Peter Pan. This is all your doing?) Aye, James Hook. It's all my doing. (Hook: Proud and insolent youth, prepare to meet thy doom.) Have at thee!Peter Pan confronting Captain Hook.

I am the terror that flaps in the night, I am the flea you cannot flick...I am Darkwing Duck!Darkwing Duck facing Colonel Trenchrot.

Lisa along with the rest of her family confronting Sideshow Bob and his family to save Bart from being cremated alive.Stop the cremation!

You've been asking for this for a long time.Buttercup getting ready to take on Princess Morbucks.

Sideshow Bob, I'm afraid the only victims are the people at the Best Western hotel.Bart Simpson facing Sideshow Bob. 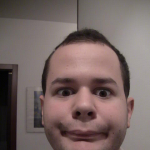