Aero and his performer friends

Aero's Circus is tent where Aero and his performer friends make their acrobatics in Aero the Acrobat science fantasy videogame series.

The characteristics this circus tent by outside is red and white with Aero symbol in entrance and rocky mountains in background. For inside contains stage with peoples watching, also have behind of stage and different colors of tent inside.

In first game, this circus was going to be from Edgar Ektor. But because for his banishment for 20 years, this circus became from Aero where the same was considered the best performer of all time. When Ektor's thugs invade this circus, Aero had to expel all thugs, save Aeriel, activated all lights and defeated Stilt Brothers.

In second game, all performers from his circus as Flying Pepperoni's together with others circuses are imprisoned by Ektor in Performer's Dungeon for his thugs invade them and control the all amusement of world include his circus. But became full again when Aero destroys the evil express and free all performers. 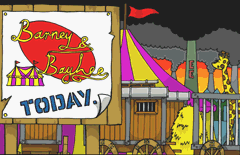 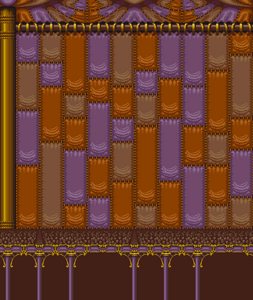 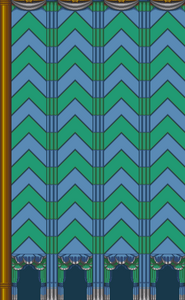 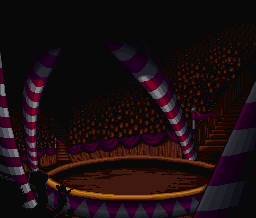 Aero the Acro Bat 2
Add a photo to this gallery
Retrieved from "https://heroism.fandom.com/wiki/Aero%27s_Circus?oldid=69903"
Community content is available under CC-BY-SA unless otherwise noted.